What Is Industrial Architecture Design? 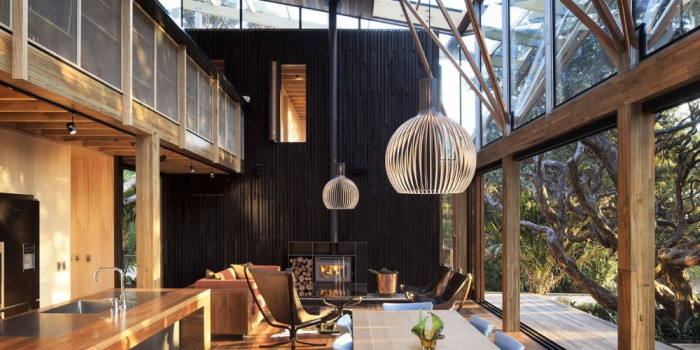 In this article, we’ll discuss industrial architecture as a distinct type of design. It’s a field that has many facets and influences. The most striking aspect of this style is the use of monochromatic colors, which lends a masculine accent to the overall design. The industrial elements used in this style are often rough and unpolished, but this gives them an appealing character. In some cases, recycled or industrial materials are utilized to create an attractive interior element.

While there is some overlap between industrial architecture and modern design, these two areas are not mutually exclusive. While industrial architecture is an important part of the design of modern cities, the concept has impacted other types of architecture. For example, the industrial style has influenced many styles of architecture, including contemporary, and classical. In this style, there is a combination of functionality and design. The goal of the architect is to make the space appealing and functional while maintaining the original character of the building.

Industrial architecture is a type of design that emphasizes a specific industrial process. It’s important for architects working on industrial facilities to understand the process and the different steps of the process. Often, a larger process is composed of many smaller processes, each of which must be considered separately. The overall process may be linear or result from a specific need basis. In the latter case, the layout of the entire building mirrors the flow of a production line. Raw materials are delivered to the production facility and organized for production. The finished product is then mixed and packaged, tested for quality, and labeled before it leaves the building for the distribution center.

This style was originally used for industrial buildings but has recently become popular as a design for modern homes. It uses used materials for surfaces and is usually characterized by flat roofs, jutting edges, and polished surfaces. It is an extremely stylish choice for those who enjoy an industrial-styled home. The unique design of this style is a great way to incorporate this aesthetic into your home. So, what Is it?

Garden Landscaping Ideas to Add Structure to Your Garden

What Should I Look For in a Fencing Company?

Garden Landscaping Ideas to Add Structure to Your Garden

What Should I Look For in a Fencing Company?